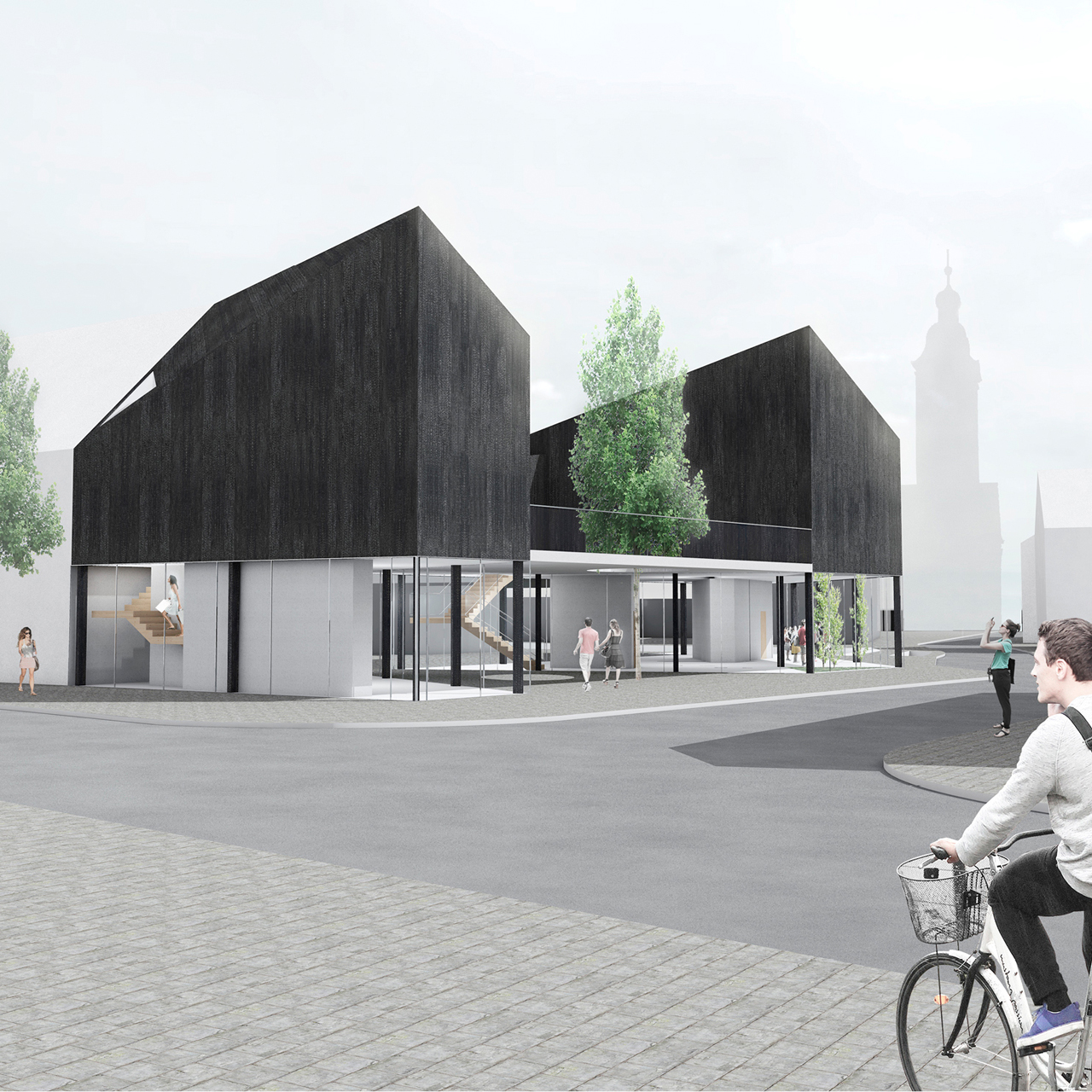 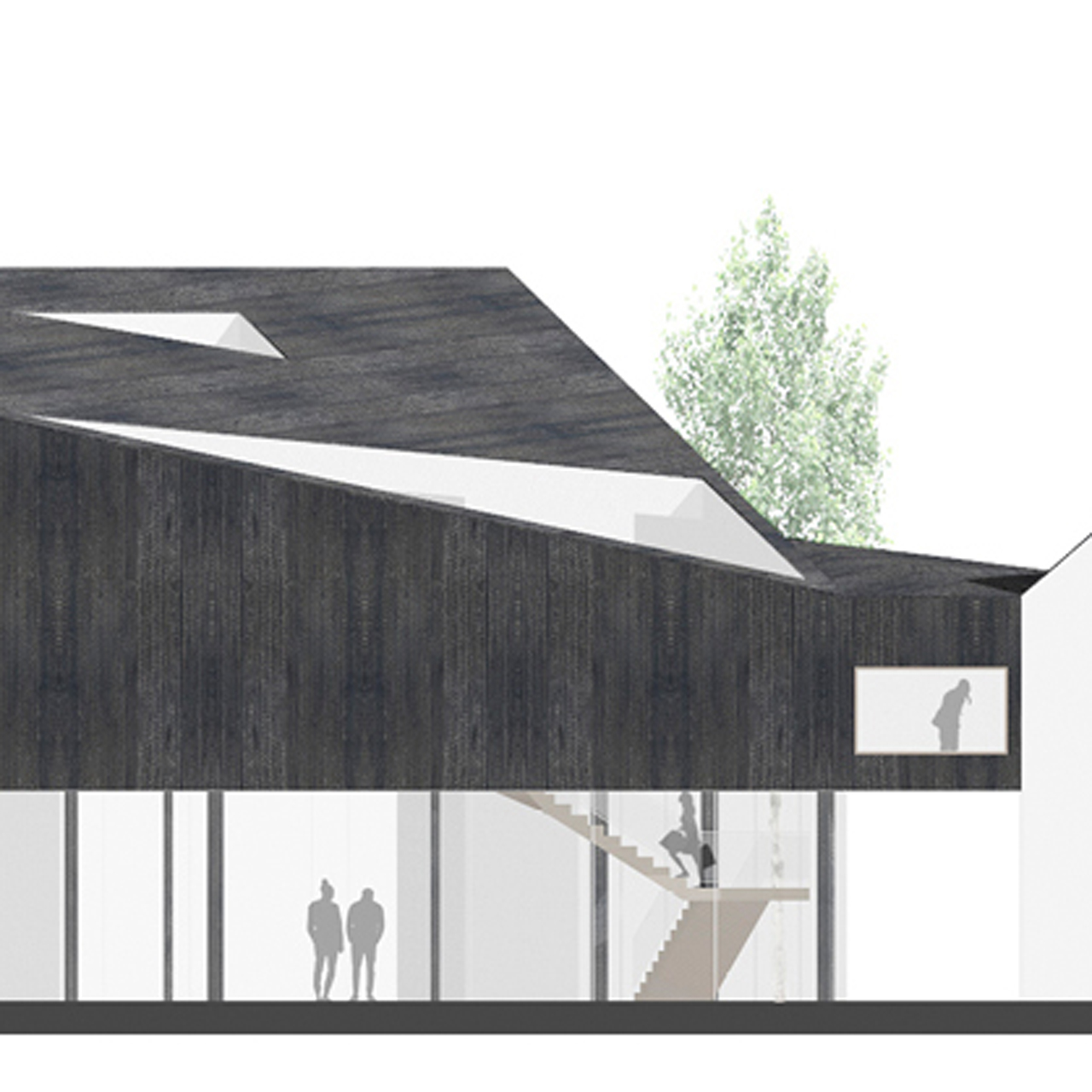 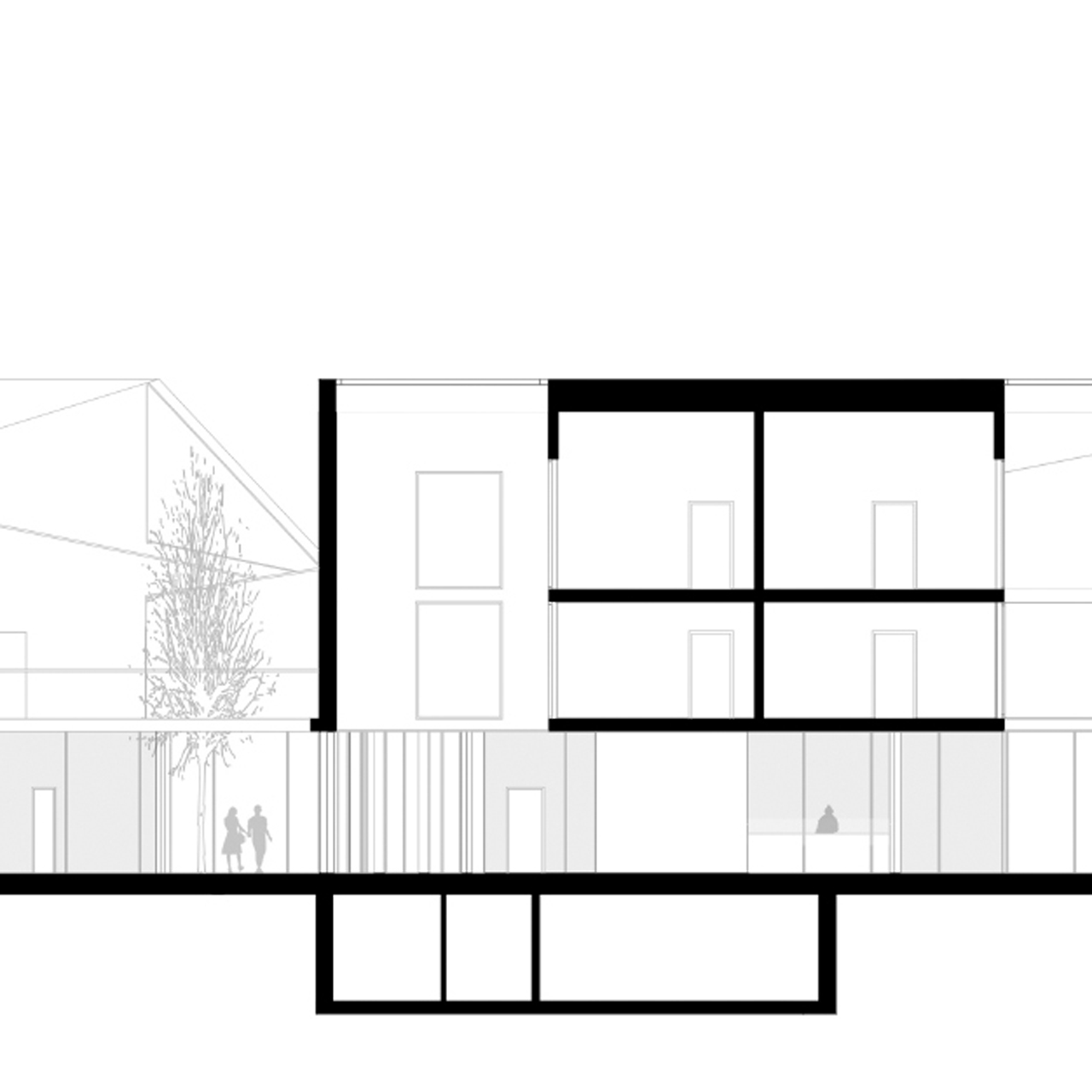 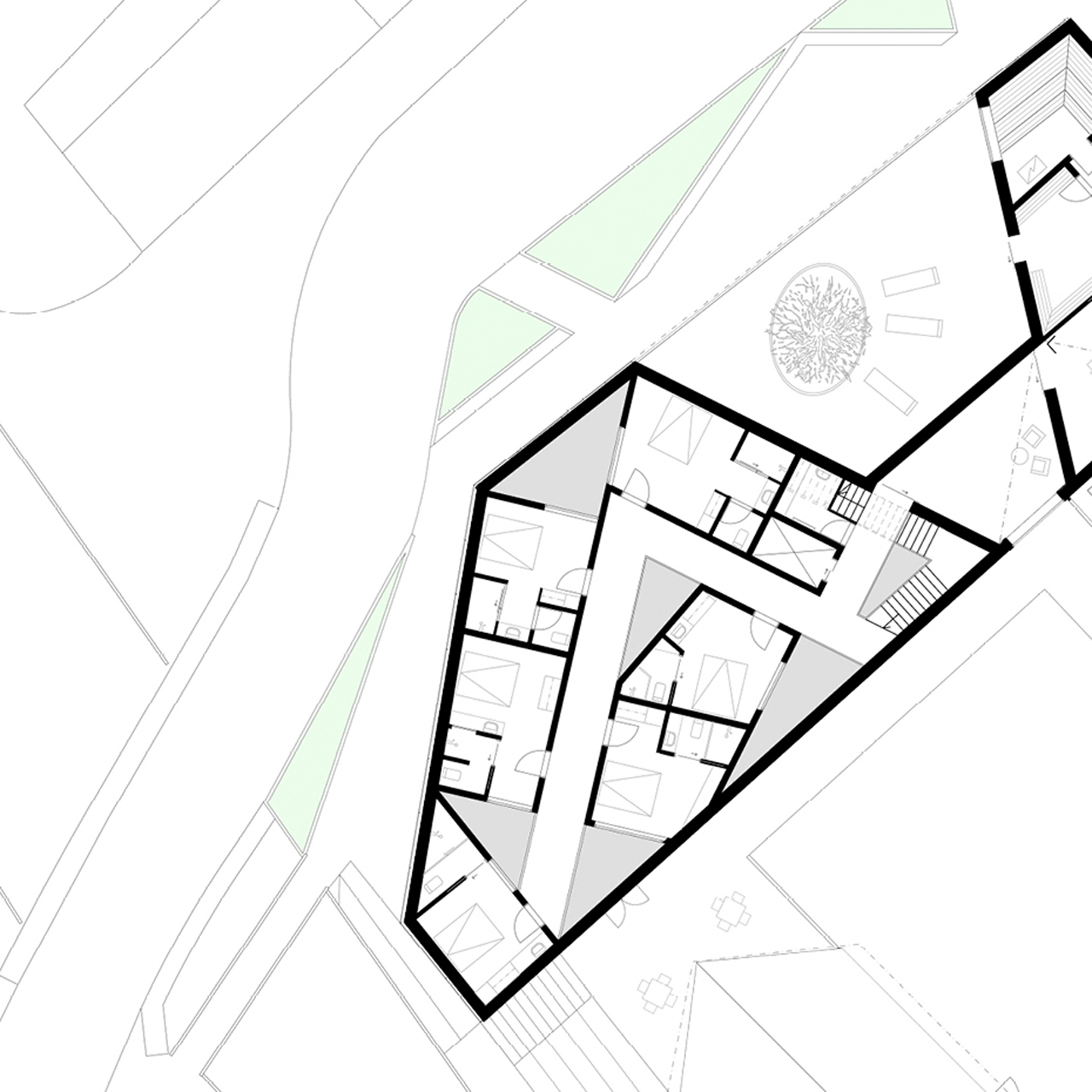 The most important aspect of the development of the design proposal „Magda‘s Mountain“ was the composition of existing building mass, the old guest house of Mrs Sommer, and the newly created building masses that are referencing on the surrounding roofscape.

The new part of the building ensemble accentuates on one had the special position at the corner of the street that is opening to the main square of Arnfels, and on the other hand the connection of the walkway at the small river and the connected pedestrian bridge.

The entrance area that is located between the two higher building blocks formulates a transparent but still visible separation between the main square and street in contrast to the calm inner courtyard of the existing building.

To open the views and to value the light, the whole street level is designed in a transparent manner with flowing access around the new part. The public spaces – the restaurant, the lobby and the reception are visible to the street, and serve as an attraction as well as a new focus point to the people passing by.
The open levels between the main building masses act as a meeting point and social centre of the building. Dining people, the strolling tourists, and the hosting refugees are all brought together in a relaxed atmosphere.

The two masses interconnect on the first floor. The sauna area is located in a smaller volume, to create peace and silence for an atmospheric wellness retreat inside or depending on the guests taste as well outside on the terrace.

The rooms open up to the inner courtyard with ample windows to create brightness but still shelter from the noise of the street. Further, the apartments open up to the sky with openings in the roof to invite the sunlight until the ground floor level of the hotel. Hence even the people from the public street level can see the sky from above.
The social concept of Magda‘s hotel is to connect people, in this case, the design proposal offers an idea to link refugees, as employees, and hotel guests to allow them both a pleasuring stay in the new hotel in Arnfels.